Last Monday’s seminar with the Edward R. Murrow fellows was fairly intriguing. I really enjoyed all the guest speakers. I found José Luis Dader’s study and lecture very interesting. He spoke on the “Americanization of the media” and how in the US, infotainment plays a larger part in informing the general public than traditional news outlets. Infotainment is defined as broadcasted material that is intended to entertain and inform the viewer. Perfect examples of infotainment are segments on the Daily Show with Jon Stewart and the O’Reilly Factor with Bill O’Reilly.

The Daily Show: No Country for Little Kids 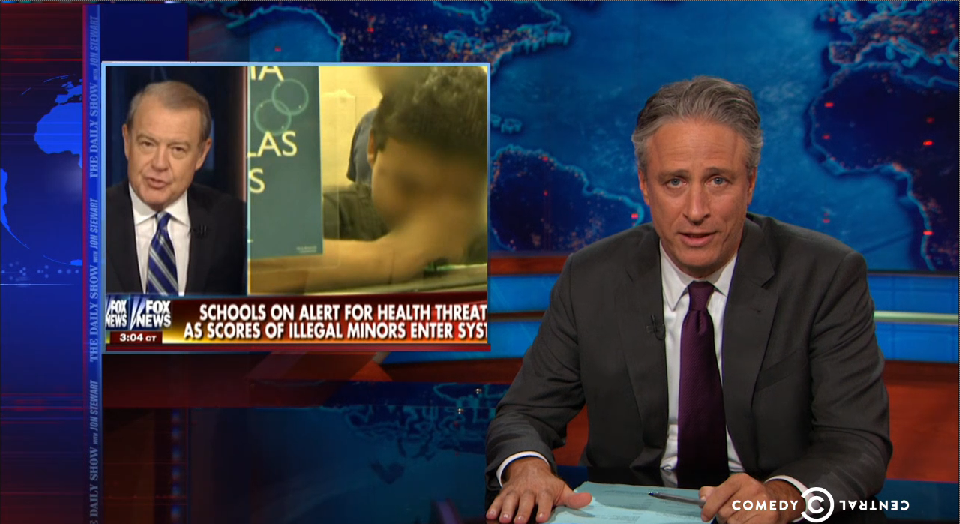 The Daily Show is knowingly a more left-leaning program. In the above clip Jon Stewart makes fun of Fox News’ coverage of children who are entering the United States illegally. Stewart has his “reporters” interview various individuals on the topic with questions that are very pointed and a little sarcastic as a means to push the idea that Fox’s angle is ridiculous. Stewart uses sarcasm and humor in his infotainment.

Unlike Stewart’s approach Bill O’Reilly of the O’Reilly Factor uses name-calling and anger as a means to present his infotainment. In the above clip Bill O’Reilly discusses the idea of whether or not Islam is a destructive world force. Unlike in traditional news programing, where the newscasters are merely presenting the news, O’Reilly uses opinionated words such as “savages” in his segments. In journalism school we are taught to show not tell, instead of name-calling O’Reilly could simply represent the facts and people themselves could make their judgments on the situation. However, this is both the positive and negative aspect of infotainment, it taps into emotions first and while the viewer may not remember all the facts they will remember how they felt as the absorbed the information.

In an academic study done by the NeoAmericanist the positive impacts of infotainment were explored but ultimately it was argued that infotainment was not the best method of informing the public. It stated, “Infotainment serves as a system of reporting that allows viewers to get just enough information to be able to take some sort of stand on a given issue…In the end, consuming soft news does actually raise awareness about political issues in people with low political awareness.” Ultimately infotainment is a method of simplifying otherwise complex information just as infographics do. Unfortunately some information is best not oversimplified.

Infotainment ultimately relies on the basis that there is always good and evil in every news event and the villain is always clearly stated. As mentioned before this format tells people how to feel about a situation rather than let me decide for themselves based on facts.

The bias nature of infotainment can prove problematic. For instance, Media Matters recently examined CNN’s Lou Dobbs, Fox News’ Glenn Beck and O’Reilly’s coverage of immigration. They found that “Dobbs, O’Reilly, and Beck serve up a steady diet of fear, anger, and resentment on the topic of illegal immigration.” Despite the fact that these individuals seemingly have extensive coverage, these news personalities come up short on substantial information and analysis, instead using the common “us versus them” mentality to demonize illegal immigrants. In conjunction with that, a study conducted by Harvard and University of Michigan found immigrants committed fewer crimes than native-born citizens and that a larger proportion of immigrants in a neighborhood correlated with lower rates of crime.

The need for infotainment is understandable in this day in age. There is just too much content to sift through so by presenting news with entertainment value, there is a higher chance of gaining viewers because people only want content that captures their attention and is digestible. Also, infotainment helps people form an opinion about a complex issue without having to do too much research themselves.

My question is: does infotainment enable the masses to be lazy and not form their own opinions? Or is it more important for people to have infotainment so they are at least mildly informed about the goings-on of the world?

Written by: sepidehhashemian@yahoo.com on November 8, 2014.

View all posts by sepidehhashemian@yahoo.com →