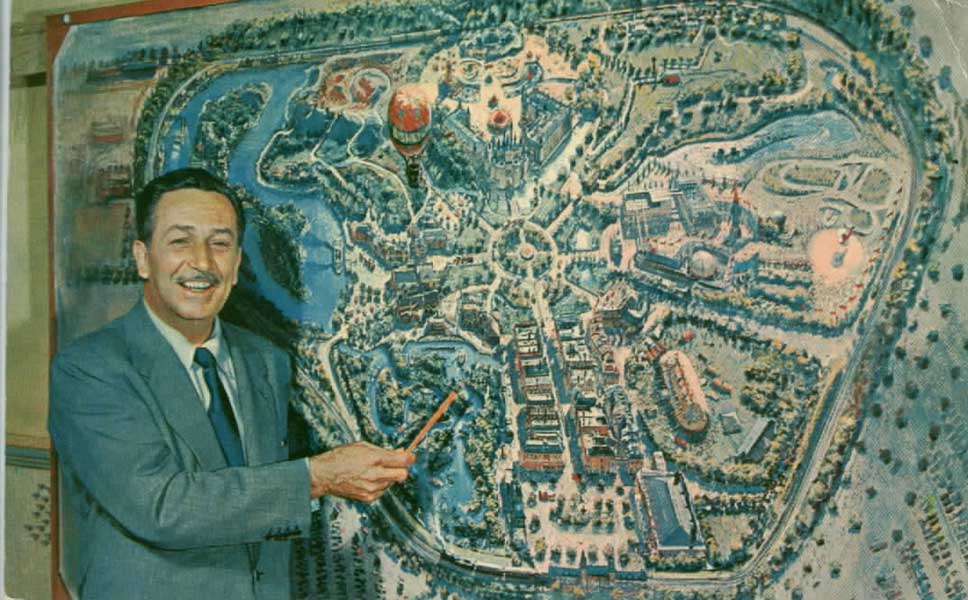 Riding with my host family between dinosaurs, robots and mummies at Universal Studios in Hollywood made me think of theme parks as great examples of disruptive innovation in the entertainment industry. Quite genius, actually: to make so many people pay hundreds of dollars for a day of fun, while promoting your company’s movies and cartoons.

In 1952, when Walt Disney came out with the idea for Disneyland, his brother Roy called it “another one of Walt’s screwy ideas”. As the “business mind” in the family, Roy gave him only $10 to start from (from the article “Walt Disney Productions”, by Earl C. Gottschalk in The Art and Craft of Feature Writing, 1988). But Walt decided to go on with his plan and used money from his life insurance. He bought 65 hectares of land near Anaheim, California, and opened Disneyland in 1955. The success was huge, and the theme park became a major engine for the company. In 1971, five years after Walt’s death, Roy Disney opened Walt Disney World in Florida, which included two resort hotels and a campground.

“It’s kind of fun to do the impossible.”

There were times of confusion in the recent history of the company, and the “innovation guru” Clayton Christensen refers to that in an article published in Harvard Magazine. Between 1985 and 2000, “[the management representatives] convinced themselves that the core market for their theme parks was declining: smaller families, kids grow up faster, their interest in Cinderella maxes out at a younger age now.” So Christensen asked his students to walk around some neighborhoods in Boston Area and talk with people about whether or not they go to Disney World. He wasn’t surprised to find out that a lot of them can’t go because of the cost.

One solution to reach this public, Christensen says, is to bring Disney World to such neighborhoods, by creating cheaper, simulated rides in various facilities. The tickets would be affordable, let’s say $20, and families wouldn’t need to travel to live this experience.

“But this could be disruptive to the Disney theme parks. (…) If people started not going to Disney World, the Disney executives could say, ‘We’re cannibalizing our own business.’ That’s why disruption is so hard to confront. Normally they would flee this market, ignore it—or go the other way and install new, bigger thrill rides at Disney World. Typically, another company would pursue this kind of disruption. But if Disney read our material, they’d say, ‘Holy cow—we’re in a booming business, because there is so much non-consumption and now we know how to tap into it!’ ”

Despite such worries, amusement parks are doing well. “Operating income at Disney’s parks and resorts rose 20 percent to $805 million in the company’s fiscal first quarter, ended Dec. 27 [2014], when more people visited its parks in the United States. They also spent more on tickets, merchandise, food and drinks,” an article recently published by Reuters shows. At a global level, the 11 Disney parks raised $45 billion revenue from 18,6 million visitors in 2013. Their biggest rivals, Universal Studios, attracted 36.4 million worldwide visitors in 2013.

Now, both companies are approaching the Chinese entertainment market, one of the fastest growing in the world.

What makes these places so successful? Their continuous, sometimes unperceived adaptability might be the answer. A few new rides, some new policies, new prices; no revolution needed. The rest is pure fun.

2 Comments on ““Another one of Walt’s screwy ideas””