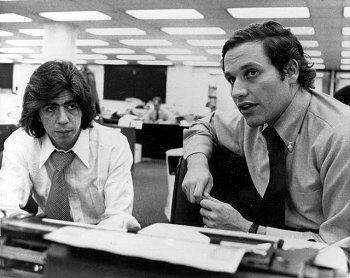 Years after the Watergate scandal entered history, the then executive editor of the Washington Post, Ben Bradlee, told Carl Bernstein and Bob Woodward that if he knew where the investigation was leading, he couldn’t possibly have chosen them for it on that June 17, 1972. At that time, Carl Bernstein was a talented rebel with an appetite for quarrels with his editors, a bit lazy and forgetful when it came to paying his debts to colleagues. Bob Woodward only had nine months of experience in the newsroom and didn’t have a refined style of writing, although he was known as a hardworking guy. ”Sure, I would have been wrong. But there is no way I could have made any other decision,” Bradlee explained, as described in Len Downie Jr’s book, The New Muckrakers*.

But June 17, 1972, the morning when some burglars in suits were caught while entering the campaign headquarters of the Democrat Party at the Watergate complex, was a Saturday, and Bradlee wasn’t at the office. Barry Sussman, the city editor, assigned Woodward on the story. Bernstein didn’t need an invitation, he just started gathering information. “There are only two similarities between me and Woodward, and the rest is all different,” Carl Bernstein told Len Downie Jr. “One thing is that neither of us ever takes “no” for an answer. And the other is that we usually made up our own assignments. Long before Watergate.” The unlikely couple would be nicknamed  “Woodstein” after years.

“The celebrity stuff is total bullshit. As soon as someone becomes a celebrity, they become less useful to the newspaper (…). It gives you too much independence from the institution and breaks down the hierarchy.”

The investigation advanced slowly: although the two managed to find sources and new leads, there seemed to be no clear direction. The had to deal with pressures coming from top-level. When Richard Nixon was re-elected as President with a huge margin, the blockage in the investigation seemed to be final. A few new leads, coming from rival newspapers, re-ignited “Woodstein”’s work, it gave it a purpose.

On Friday, August 9, 1974, Nixon announced his resignation. Woodward and Bernstein watched the speech in the newsroom, then drifted to their desks and “sat down glass-eyed,” as Downie describes in his book. Both of them took a long leave from the newspaper, to write their new book, The Final Days, to get married, to buy new houses, and to advise the production of the future movie, All The President’s Men.

But what happens when two journalists become stars themselves? How did they deal with their huge success, their fame and their money? Woodward came back to Washington Post one year after. He just took a sit at his desk and started making phone calls to his old sources. For his colleagues, it was an amazing scene.

“I’ll go back to doing anything that’s wanted of me. I’d go right out on a murder. (…) I’d start coming to you and say, “I’ve got this good story, and I’ve already talked to these people and have just these other phone calls to make before I can write it, and it will be worth page one”. That’s the most salable quality a reporter has – the ability to get a good story,” Woodward would later explain. And not only that he continued to gather stories: Woodward became a story himself.
*Leonard Downie Jr, The New Muckrakers, Investigative Reporters & Editors, 2010

3 Comments on “Coping with success: life after Watergate”