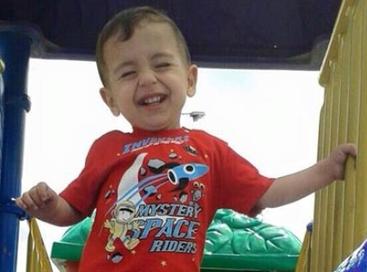 One of the most harrowing images of the Syrian Refugee crisis rose to international prominence early on in September of 2015. The picture, which I’m sure most of you have seen, is the dead body of a child, Alan Kurdi face down in the surf on a Turkish beach. Kurdi’s family applied to be resettled in Canada, but was rejected, and they were attempting to flee from Turkey to Greece for the third time. The night of September second the overcrowded boat carrying his family capsized, Alan, along with two other family members drowned.

But Alan’s legacy has lived on through one of the most riveting images published in the last decade. Despite widespread norms against publishing images of dead bodies, especially those of children, pictures of Alan went viral and were viewed by millions of people world wide. I want to note that while there have been convincing arguments made both for showing, and withholding, the pictures of Alan from different media I will not be including them in this post. At this point in time the pictures have become so widely dispersed that sharing them more would not serve to create awareness, it would only incite guilt and bring unwanted attention to a families suffering.

In our presentation we wanted to discuss how the media as a global whole, not just in individual countries, treated this situation. Some of the different ways of approaching the issue were just as interesting and diverse as planet. In many places the leading view was that the photos of Alan were so tragic that they needed to be seen by as many people as possible. However many people with dissenting views saw this as fear mongering and manipulation of emotions on a far too simple level for such a complex crisis. Still others covered it through alternative methods, like not showing the photo without warning or using a cartoon drawing in its place.

In some ways discussion about all of these issues takes away from the real tragedy: Alan’s death. But the discussion this simple photo has started maybe just as important. Do we need to see more photos like this to help us empathize with the plight of those in another part of the world? Is it even possible for a photo, no matter how graphic, to paint the picture of an issue? For example do photos like this simply horrify people into making them think “this is bad and needs to stop” instead of looking deeper into an issue and how to address it? Lastly is it right to make so many people feel guilty and horrified through a photo that had precious little to do with their own actions?

For the most part the media around me has decided that we cannot be blissfully ignorant and must address harsh realities like these. And while it may not be the most satisfying answer, publishing photos like these is something that needs to be left up to the discretion of editors. There is a thin line between what is and what isn’t okay for the media to promote, and in the end things need to be handled on a mostly case by far basis.

For example, if Alan’s body had been severely mutilated would news organizations have found it fit to publish?  I doubt it would have been shown. There’s a large difference between gore, which can go so far as to make people feel physically sick, and a tragic photo that’s serves as rallying cry for a specific issue. For the record, I firmly believe Alan’s case falls under the latter. As an American I have seen first hand the demonization of Syrian refugees. People worry  more about refugees being terrorists, than trying to help those living in dire conditions. I believe photos like the ones taken of Alan do a fantastic job of humanizing the plight of refugees and reversing this process. After all, the news is supposed to inform people.