It was a great day for me today and it was because I saw my younger son Abdullah in his school uniform. 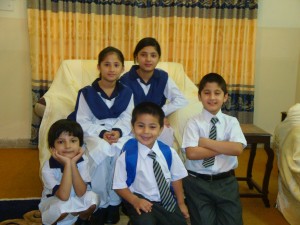 Despite being thousands of miles away from him, I was able to see him off on his first day in school, thanks to Skype. He was happy too. With his school bag tied to his back, he pulled one of his books and said: ” This is mine”. He did the same thing with his water bottle, pencils and some other books, until his mother said to him, ‘It is time to leave’. I wished him luck for his first day in school and waiting to hear from him, earlier than the school time ends.
To my surprise, unlike my other children, he spent the entire day at school with his new friends. This was a joyful day for all my family including Abdullah himself.

View all posts by Javed Afridi →