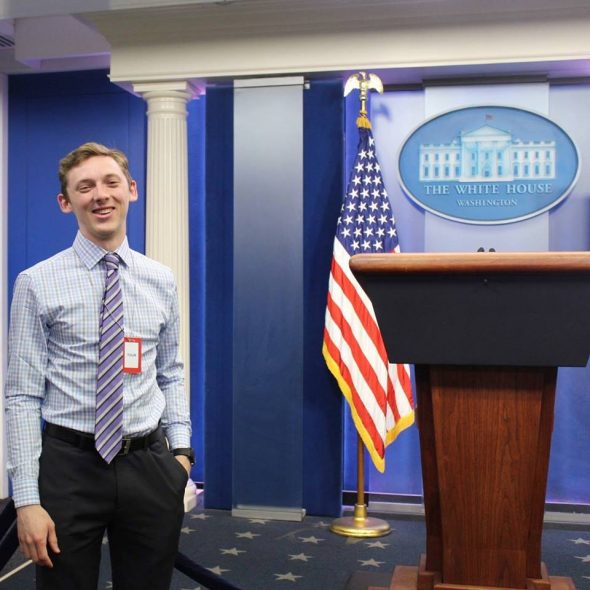 A photo of me on one of my most recent trips, to the White House in Washington, D.C.! I worked in Washington for eight months earlier this year.

In an era where the Internet instantly connects journalists and consumers from all across the globe, creating a global brand is of the utmost importance. From online versions of our stories to our personal social media accounts, we journalists constantly project an image of ourselves to the rest of the world.

But global branding is about more than simply presenting a positive image of yourself through social media. Journalism is one of the few professions that allows its practitioners to meet incredible men and women from all around the world. As journalists, we owe it to readers or viewers to reach out to people whose stories are left untold and share those voices with the rest of the world. Travel is essential to the personal and professional growth of every journalist; global branding, in a certain sense, is the outcome of these travels on our lives and how travel impacts our storytelling.

Even if a story only takes you as far as just down the road from the Cronkite School, reporting expands our horizons personally. But through interacting with radically different cultures or traditions, we grow and gain the most as journalists.

As Walter Robinson of the Boston Globe noted in his class presentation last week, there may be no such as an objective journalist. Much as we may try to eliminate personal biases from our reporting, every journalist is only human. We bring our own past and personality into every story we report, and it impacts our coverage. But through travel and interacting with new cultures, we journalists can break down some of our own biases and gain a more worldly perspective. We may not be perfectly objective, but our reporting improves how we report.

To create a successful global brand not only involves interacting with new people, cultures and ideas, but also requires journalists to reflect on their own experiences and past. 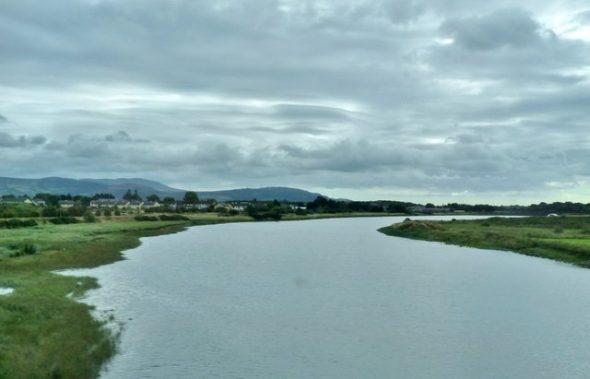 The Castletown River, pictured above, runs through my mother’s hometown of Dundalk, Ireland.

On a personal level, having a global perspective has always been a fundamental part of who I am. I was born and raised in Phoenix, Arizona. But while my father is from the United States, my mother is originally from a small town in Ireland, where I spend almost every summer. I am a proud American, but also appreciate that the world is much bigger than the 50 states that make up this nation. Many Americans never travel outside of the continental United States, but I personally believe this makes it harder to interact with people from other cultures. Almost seven billion people live, love and succeed in other countries all across the globe, but it can be hard to appreciate that without travel. I feel humbled and privileged to be a dual citizen (being a dual citizen is also professionally convenient, as I can work in any European country indefinitely without a visa).

Working as a journalist has also broadened my perspective. I have been privileged to travel to numerous European countries (such as England, France, Germany and Italy) and North American countries (such as Canada and Mexico), but have never been to any other continents. But through reporting, I have had the opportunity to meet people nations I otherwise never would have met.

As an example, I received funding through Arizona State University’s Center for the Study of Religion and Conflict to complete a research project in Lahore, Pakistan this fall. Pakistan, an incredible nation of over 180 million people, is a country I normally would never have the opportunity to visit. But through working as a reporter, I now have the chance to visit a new country and meet many more fascinating and wonderful people.

One Comment on “Identity and the global me: branding and self discovery”