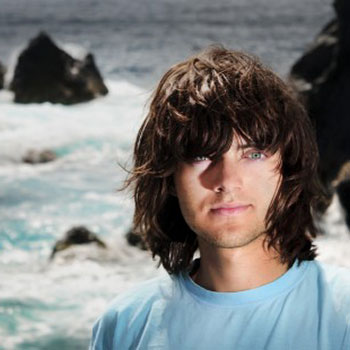 Boyan Slat founded The Ocean Cleanup Project in 2013. The United Nations Environment Programme gave him the Champion of the Earth award a year later.

Like many entrepreneurs, he has an origin story. He regularly discusses diving in Greece and seeing more plastic than fish. This classic moment of inspiration is one of the few conventional things about him as an entrepreneur.

Although young, Slat is undoubtedly a leader in the world of environmentalism, and is different in many ways than his peers.

Consider his age – Slat was 19 when the UNEP gave him the award. Achim Steiner, who until recently was the director of the UNEP, is 55. Kumi Naidoo, who runs Greenpeace, is 51. In 2010, Christiana Figueres became the Executive Secretary of the UN Framework Convention on Climate Change. She’s currently 60.

I’m not remotely discounting the value of these leaders. Over their careers, they’ve all fought for and won many battles in their field. Rachel Kyte, CEO of SEforALL, is respected globally for her efforts to make renewable energy readily accessible, and is a special representative to the United Nations. Andrew Steer has had an incredible amount of jobs performing research and working for the World Bank. Greenpeace has works in 55 different countries. Figueres took over the Convention on Climate Change when leaders were at their most divided.

Still, Slat’s early accomplishments undoubtedly provide us lessons. First of all, Slat leads from the crowd. To begin testing of his passive ocean cleanup idea, the Ocean Cleanup Project tried crowdfunding – and it worked. 38,000 funders, 160 countries, 100 days, over two million dollars. A good leader knows when to ask for help, and new media makes that callout very loud.

His youth makes him accessible to another generation of green-minded people, and financial contribution is a form of involvement. For example, I’ve contributed to a Kickstarter campaign that makes sunglasses from recycled ocean plastic. I wanted to be part of something positive. Movements need experts and leaders, like Slat, but they need everyone else too.

Slat also brings a sense of levity to the movement, often in contrast to stark predications and dire calls to action. He named his first floating prototype, the culmination of his work in the North Sea, Boomy McBoomface. This was hot on the heels of the internet naming a polar research ship “Boaty McBoatface.” Slat took the cue.

Slat does practice some common tendencies. Notably, working with the United Nations is a common play that adds legitimacy and infrastructure. It gives The Ocean Cleanup Project a network of change makers to collaborate. He also has the full support of the Dutch Government, meaning that along with private companies, universities, and the international stage, he has a local, influential government taking an interest in his cause.

The Ocean Cleanup Project, and Slat, understand what they can do to help, but also what they need help with. The entire premise of his work is allowing the ocean to clean itself. Influential partnerships, energizing initiatives and a refreshed outlook on solutions make Slat a rising influencer and innovative leader.

For all the youth, energy and persona, he takes his work seriously. In Slat’s own words, “if you want to do something, do it as soon as possible.

One Comment on “A new kind of leadership from Boyan Slat”