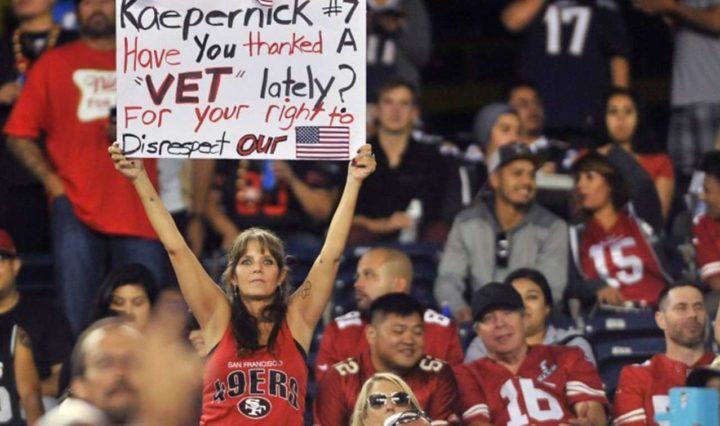 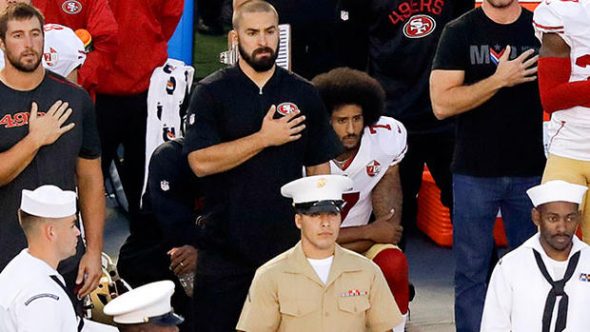 By Connor Murphy and Edine Harr’Met-Kimbouala

Perhaps more so than any other beat, sports journalism often seems to be uniquely insulated from the on-goings of the rest of the world. To many, sports are an escape from the everyday: school, jobs, and the other responsibilities that define our lives. Sports journalists are entrusted with accurately reporting the sporting news of the day, but often not more. Consumers don’t want to hear about Aleppo when catching up on the night’s baseball highlights. They want to know all there is to know about sports, but nothing more.

However, there are rare moments in history where sports and larger societal issues intersect. In the history of this nation, many of these instances revolve around race.

From Tommie Smith and John Carlos raising their fists in solidarity with the Black Panther movement at the 1968 Olympics to Muhammad Ali facing imprisonment for refusing to serve a nation he saw as oppressive to minorities, American race politics and sports have seemingly been intertwined for decades. Indeed, this phenomenon predates athletes such as Ali, Smith and Carlos, going as far back as when Jackie Robinson broke the color barrier in professional baseball, or Jim Thorpe became the nation’s first modern Native American sporting hero. Sports give men and women from every racial background opportunities to achieve greatness, and also serve as a platform for athletes to raise awareness for racial injustices or inequalities at the national level. 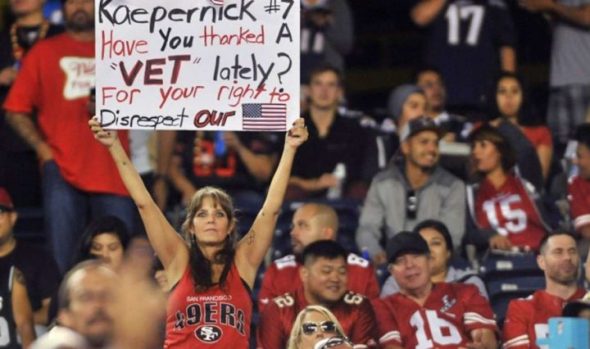 This unique dynamic sometimes produces upstanding reporting, but can also lead to insufficient or inappropriate coverage or race in sports. The recent protest by San Francisco 49ers quarterback Colin Kaepernick highlights the challenges sports journalists face in reliably and appropriately reporting on race and sports in America.

Kaepernick, a veteran quarterback for the San Fransisco 49ers, received little media attention over the course of this year for this play on the field. He is a backup who saw limited playing time in the previous season. But this pre-season, Kaepernick became a household name for refusing to stand during the national anthem to protest police brutality against African Americans and other minorities.

Social protests like Kaepernicks are not unheard of in recent sports history. Only a few years ago in this state, the Phoenix Suns wore Spanish jerseys during the nationally televised NBA playoffs to protest a controversial bill in the Arizona Legislature that many considered discriminatory against Hispanic Americans.

But Kaepernicks protest, much like Ali’s in the 1970’s, was perceived by many as an intentional act of disrespect towards the United States. 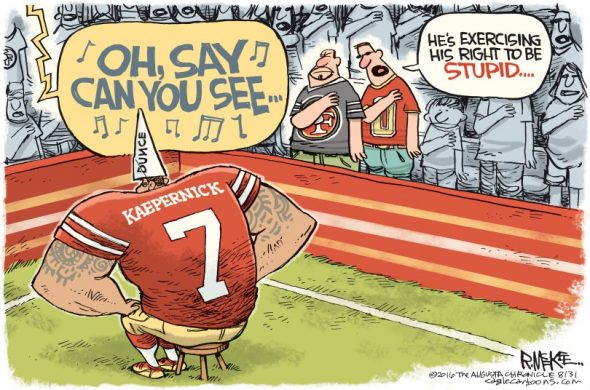 Sports journalists, who only the week before were covering whether Kaepernick completed a pass or two, were now tasked with accurately reporting on a national story that touched on race, violence, police brutality, and the nature of the very freedoms that define what it means to be an American.

Sadly, coverage of this story, like so many other protests regarding race in sports, has produced coverage that reflects bias more than it investigates the issues raised through the protest. On the one hand, fair and balanced reporting on every side of this story abounds. Those in favor and those opposed to Kaepernick’s protest, from men and women on the street to other prominent athletes and social figures, have had an opportunity to share their views with the media. But on the other hand, stories exploring the issues raised by Kaepernick or statements of support have failed to break into more mainstream media. Those opposed to Kaepernick’s views on race and sports have received undue attention, despite journalists obligation to show both sides of a story.

This is not necessarily the fault of the hundreds, if not thousands, of committed sports journalists who have dedicated time and effort to exploring this story. But an era of highly personalized online news content, where consumers can choose to exclusively receive news from sources with likeminded views, Colin Kaepernick’s protest has become lost in the jumble of stories reporting on his lack of patriotism. While Kaepernick’s protest invites a very real and necessary discussion of what it means to be American, to be free, or to be a minority in this country, coverage has instead tilted towards a dismissal of Kaepernick’s protest as un-American and unworthy of our attention.

Since his protest has begun, Colin Kaepernick’s jersey has become the third highest selling jersey in the entire league, dozens of prominent veterans have come out in support of the protest (arguing that they fought for his right to free speech and to protest), and even President Obama has defended the quarterback’s right to protest. Yet these stories are often lost or fail to break into the news cycle, at least to the extent articles to the contrary dominate the news. Simultaneously, seemingly inexcusable comments from members of the media, such as NBC’s Rodney Harrison stating Kaepernick was not, “black enough,” to engage in such a protest (Kaepernick is a mixed race African – American) have generated relatively little news coverage or outrage. 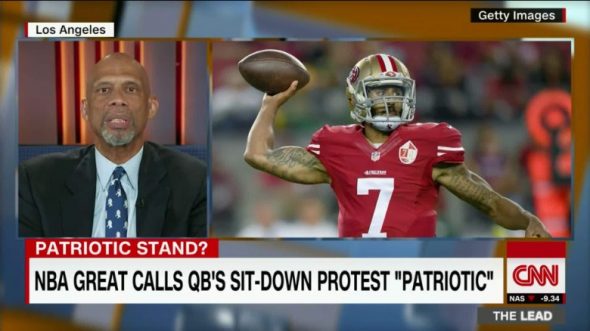 Journalists are not necessarily at fault if most Americans simply prefer to read stories about the importance of the national anthem rather than the police violence against minorities. Yet as sports and race intersect once again, journalists are obliged to make sure both sides of the story are told loud and clear. Thus far, coverage of Colin Kaepernick’s protest seems to have only reaffirmed that this nation has a great deal of work to do, if we want a more equitable society for all.

4 Comments on “Race, sports and the media: Coverage of Colin Kaepernicks’s protest”