Language is a step towards you being global

Have I ever imagined that someday I will start to talk about myself in a global context.  I was in first grade as a little girl living in a remote Kyrgyz village, and I knew that someday I would see  the world. The question was how and what will I do to achieve that. When in fifth grade our English teacher Aisara-eje came to class and said, with very clear pronunciation:  “Children, look at the blackboard!”, immediately, I knew that I wanted to learn the language and maybe become a translator, and this would accelerate my dream of  seeing the world. 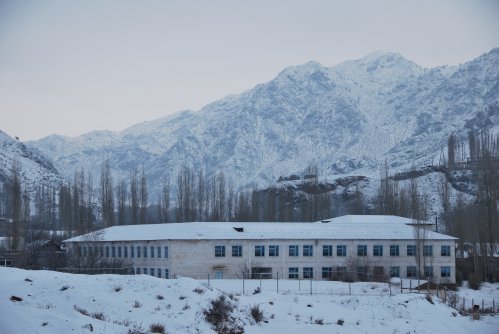 Small town Terek-Say in the South of Kyrgyzstan, my school, captured this winter, 2016

But by the time the Soviet Union collapsed, our teacher left us and there were no English classes anymore because nobody wanted to come to the village. We started to forget  phrases that we learnt from famous textbooks written by Starkov and Dixon.

After that happened, we studied English in the alpine town Naryn, where for the first time I saw a volunteer from The Peace Corp. I tried to apply for a students exchange program but it did not work. Eventually we came back to my village in the mountains, where we heard English only at the time when some foreign investors  land by helicopters near  our school and we would gather just to catch a glimpse of these foreigners. This scene always reminds me of the Invasion of real aliens.

At that time, I knew the language was one of the steps to be closer to other cultures and countries that I would like to see. When it was time for choosing a profession, I dreamed of being an  International reporter working in conflict zones – to understand languages and be in journalism. Therefore, I chose the Institute of Oriental Languages, and there was no doubt that I would choose Arabic. I did not know at that time that there were no embassies of Arab countries in Kyrgyzstan, but I knew 23 countries where Arabic is spoken, which means 23 opportunities to see the world. So my motivation was not strategic, it was about number of countries, I wanted more! However, in the third year, I realized that the emphasis should be on English and Journalism.

By the time I graduated, I had left the idea of being a reporter because I wanted to apply my language internationally. During this period, many international projects supported by developmental agencies, started their activities in Kyrgyzstan. When I was a student, I started working with the Dom Gor project (House of Mountains).  After that, I was a part of the legal assistance project and Alliance of mountain communities. These years were full of expeditions across the country on long distances to the most remote areas of our country. These trips were not abroad as I imagined.  It seemed that providence wanted me to stay in the country, to learn more about it. I had lots of contacts and communication with ordinary people from villages and towns in my native country. 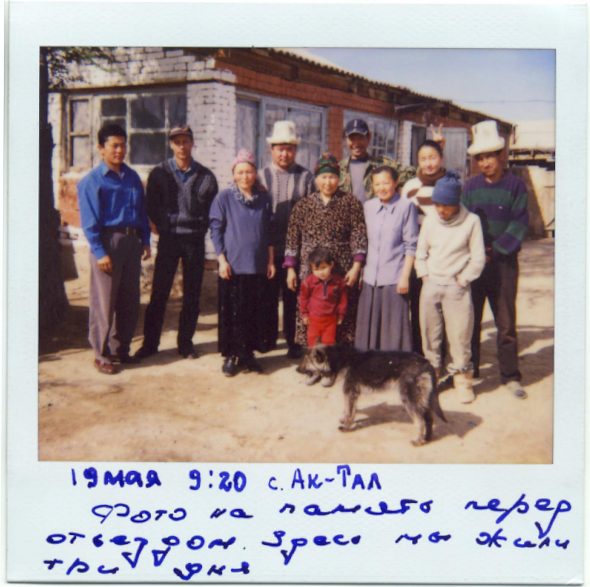 Photo made during expedition along the river Naryn for project “Tian Shan and Pamir – water powers of Central Asia” (Central Asian Mountains Program).

When I was invited once again to the International Students Week in Germany, I knew this time I needed to find funding and participate in this event. That was my first trip to a western country, where I saw young people from 70 countries. There were lectures, discussions and seminars on human rights, I was hosted by a German student – all these experiences have shaped my world. I made friends from around the world; we made a joint project, we were one team. It turned out that all problems are the same everywhere, people face the same obstacles and discrimination. 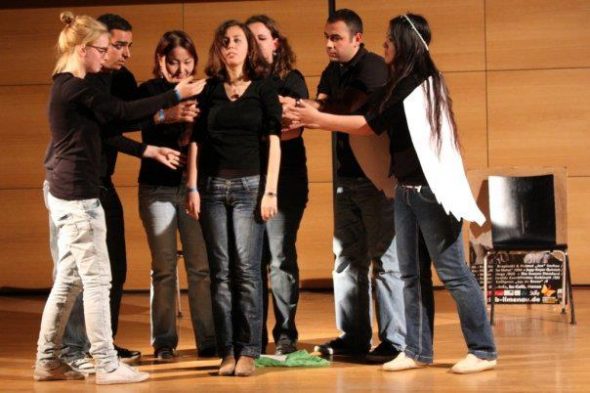 While working in the Soros Foundation, I began to look at social problems on a larger scale, because our organization is a part of the Open Society Foundations network that contribute to the development of vibrant democracies in more than 70 countries. I began to study and  open new themes, global experiences and practices. 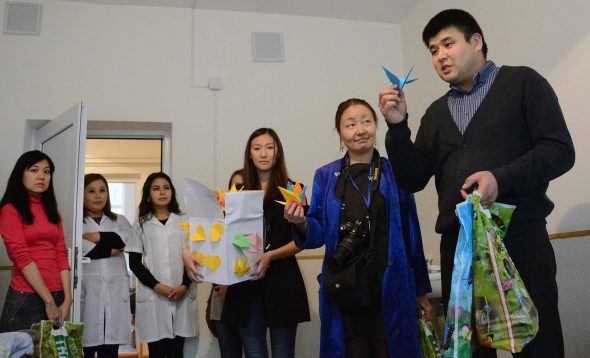 October 2015, Soros Foundation organized activities devoted to the International Day of Hospice and Palliative Care in Bishkek. We brought some necessary care products and paper cranes made by volunteers to the patients of National Oncology Center.

I remember my visit to Israel, where, together with media professionals and journalists from 11 countries, we explored a new country and discussed media problems in a global context. There, in the cradle of civilizations and religions, where people live in situation of permanent war, you feel fragility of the world and its inconsistencies and in some aspects, its discontinuity.

Visit to Jerusalem during the course “Media strategies for social change”, to the third Holy place for Muslims –  Qubat As Sahra mosque. Photo from my Instagram.

Travelling opens your mind to other cultures

I do a lot of travelling, which I usually organize spontaneously because I was open to adventures and new things; it was my means of discovering and knowing the world. If you want to understand people, have a wider look at the world, discover new cultures, this brings you closer and in some ways, yields tolerance and understanding.

And now, that I am a Humphrey Fellow, I realize that I have continued my journey, not only to a new country and culture, but also to the understanding of the social and media problems in the global context. All my colleagues and their knowledge enrich and enhance my experience. Their knowledge becomes mine and my background  about my country helps them to  understand my people. 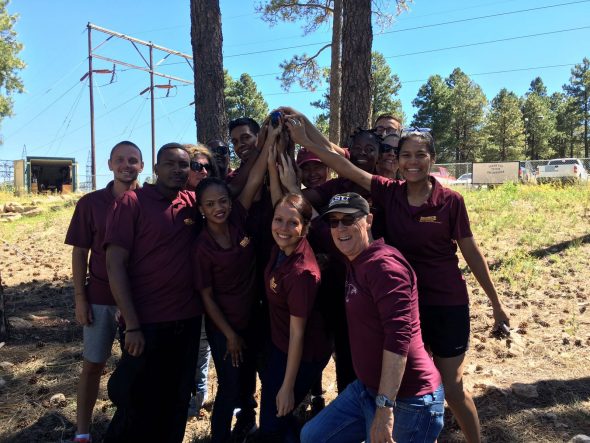 I do not know where exactly I’ll be in the next five years, but now I know I will be in the place that I wanted to be, because I am responsible for my future, my choices. Would it be London or somewhere in Asia, Africa, South America or the Middle East, I can’t take a guess.  I only know that me, as an individual, would be a completely different person after this whole year of study in the United States of America…

Tian Shan ( in Chinese: 天山; in Kyrgyz: Tenir Too or Ala Too, meaning the Mountain of Heaven or Heavenly Mountain, is a large system of mountain ranges located in Central Asia, most of it’s part in Kyrgyzstan. The highest peak in the Tian Shan is Jengish Chokusu, 7,439 metres.

4 Comments on “From Tian Shan mountains to being global”