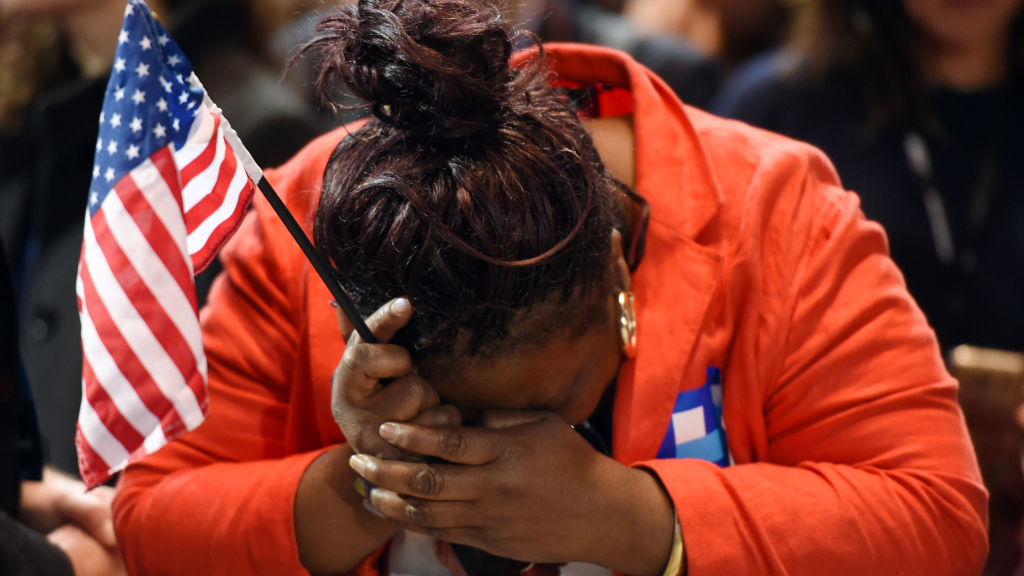 I would not say much about what happened or my experiences during these 2016 US elections because in politics, as history has shown, anything can happen. After the victory of the Republican presidential candidate Donald Trump, it was a nightmare for the democrats, an unprecedented incident they could hardly ever have expected, and a shocking surprise to the world. Social media cried and many of my American friends resisted accepting the outcomes. They are still “mourning” as some of them have told me. Many Americans are very angry, hopeless and fearful after Mr. Trump Victory. America really is more divided than ever.

"The protests, which are spreading like wildfire, appear to be less about supporting Clinton than opposing Trump." https://t.co/ZtM6S56SGg pic.twitter.com/JdPYggQkDt

We can't let this happen. We should march on Washington and stop this travesty. Our nation is totally divided!

16 months ago, mainstream media got it wrong, as did many political analysts predictions on who would win this highest office. Their rallies showed us how tight and deep the election was going to be, but also there were many personal scandals, insults and attacks between the two candidates. It was a race like no other.

If you look back at the figures on how American people voted, there is no surprise how Hillary Clinton won the popular vote. Thus, almost every American I asked who they would vote for, told me it was going to be Hillary Clinton. If asked why, they said “because Donald Trump has unsolicited ideas and has no clear plan for this great nation.” The New York Times election analyst, Nate Cohn, estimates that once all votes have been counted, 63.4 million Americans will have voted for Mrs. Clinton and 61.2 million for Mr. Trump, giving the Democrat a ‘winning’ margin of 1.5 per cent. Mrs. Clinton may have got more votes than any US presidential candidate in history, except Barack Obama in 2008 and 2012, despite losing Tuesday’s election to Donald Trump.

But then, her rival won by Electoral college. Yet, something is not clear. In a country like the United States of America where democracy leads, the world expected the American people to decide and they did. But Trump’s 306 Electoral college voters to Mrs. Clinton’s 232 proved the opposite. The social media is whining loud that Americans chose Mrs. Clinton but the system picked Mr. Trump. Who decided for the American people? The Electoral college? What is the Electoral College? Who is part of the Electoral College? Who decides the Electoral College membership? Why do they count electoral votes after the people have voted? Now protests have escalated. America has never been like this before in this century. I believe in positive and progressive change, but now the world knows that Americans do not know one another well. Silent voters revealed themselves, and by choice or by design, millions of Americans never cast a vote, yet they complain. CNN’s Gregory Krieg argues that “fundamentals of US democratic pluralism are strong”, but I think not invulnerable.

Like it or not, the United States, the most diverse country in the world, is part of the global community. Americans should hope for the best and come together as one.