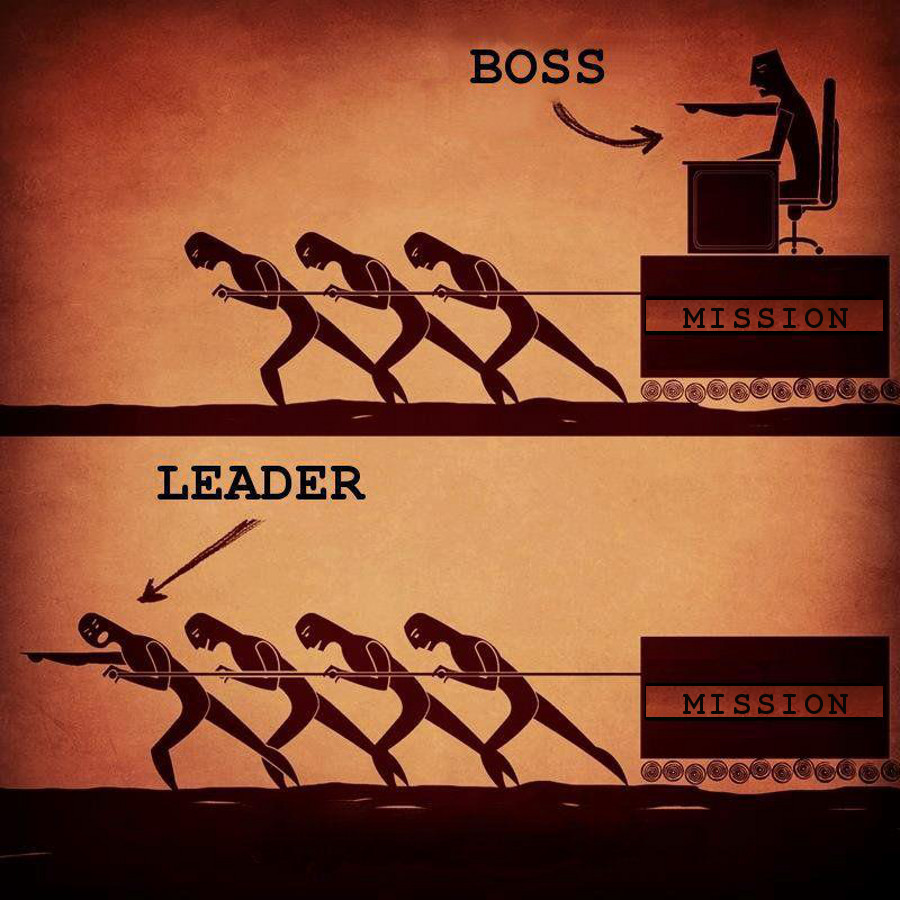 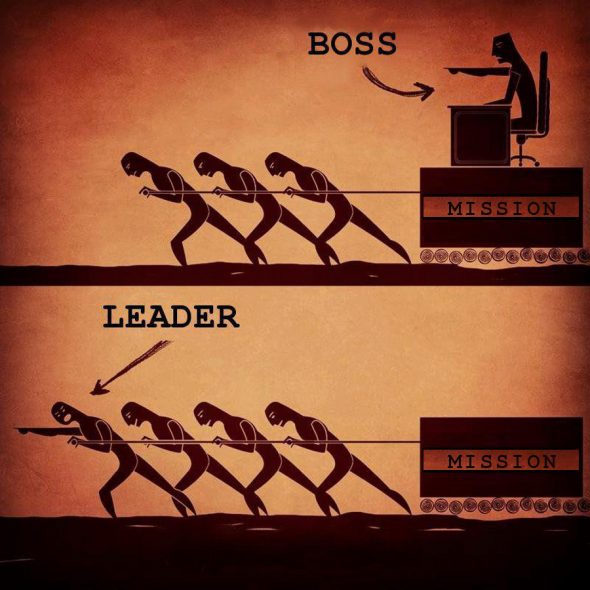 Particularly in this presidential election year, men and women from all across the world have been evaluating what leadership characteristics matter to them.

To me, courageous leadership requires leaders to remember they are just one part of a larger whole.

Just as Colin Powell describes in his book, “It Worked for Me: In Life and Leadership,” leaders achieve their operational goals more efficiently and effectively when they integrate their entire organization into the success of the mission. To achieve this integration, leaders need to actively participate in the success of their organization alongside their employees.

Of course, leaders must fulfill different occupational duties than their subordinates. But there is a significant difference between successfully and respectfully delegating tasks versus demanding results without investing equal effort.

As is shown in the image above, poor leaders sit back and demand results from their subordinates without helping their own cause. True leaders stand among their fellow employees; they lead the charge, as leaders must direct efforts to achieve their mission, but they still stand among others and are equally invested.

In my own personal experience, I have succeeded as a leader by appreciating my role as just one member of a larger whole. As a senior in high school, I served as the captain of my high school soccer team. The role was a great honor, which I earned after many years on the team. But I always remained aware that at the end of the day, I was just one man on a team of 11 that took the field for our school. While I was there to serve my teammates, when the whistle blew I was simply one part of a much larger machine.

Another factor that contributed to the success of this team was mutual respect towards all members of the team. This is another significant factor of effective leadership espoused by Colin Powell. No matter how small his or her role may be, every member of an organization has a role to play in achieving the mission’s of an organization. By showing respect and appreciating the value of even the smallest contributions, leaders can inspire their subordinates to give their all to fulfill their duties to the best of their abilities. When every member of a team invests their maximum potential to a achieve the same goal, success is bound to ensue.

By embracing this perspective on leadership, I believe leaders at all levels of life and in organizations from government to media can empower their subordinates and achieve their goals effectively.